Integral analyses model of a steel truss with bolted connections 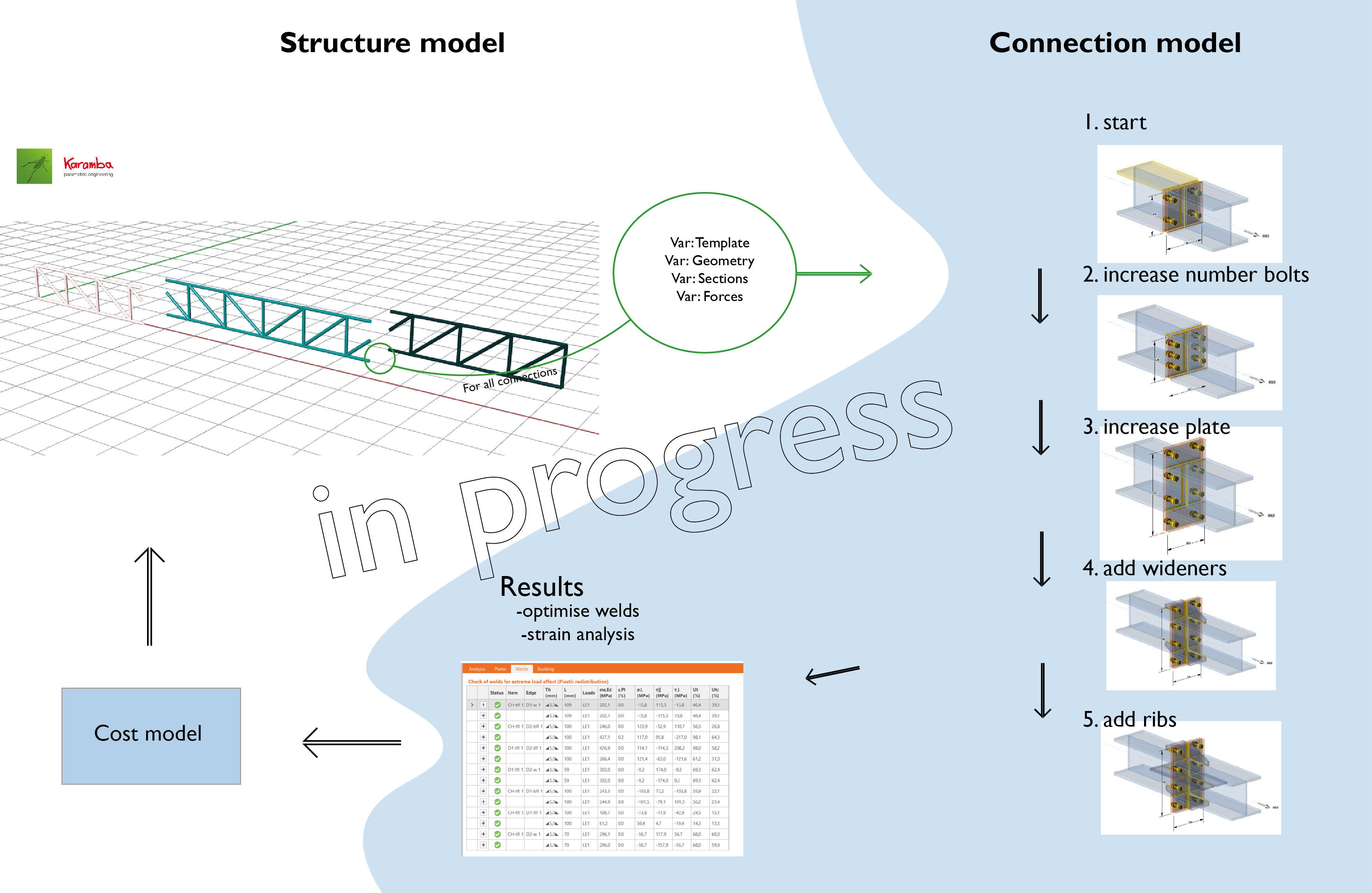 This model has similarities with the model of the steel truss with welded connections. However, in this model the truss system is split into multiple prefabricated elements, which will be bolted together on site. The size of these elements are often determined by transport dimensions and the on site hoisting capacity of cranes.

In some situations, a truss structure needs to be split into two prefabricated elements. However, it may not be economic to create a bolted connection in the middle of the truss system. When the structure is loaded with an evenly distributed q-load, the tensile force in the bottom chord will be the greatest because the bending moment is at this location will be the biggest. This may cause the need for a very robust bolted connection. In such a case, it may be more economic to split the system into three prefabricated elements. This will prevent the need of a bolted connection where the tensile force is the greatest. However, having more bolted connections also has an influence on the costs.